You are here: Home > News > China road transport – right up your street? 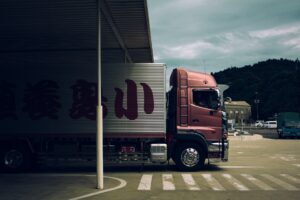 China is the largest export country in the world. The country makes huge investments in trade routes to and from China, such as the New Silk Road. Road transport is also included in this. Although it is still rather costly, it does offer a number of important advantages. Especially now, in times of severe congestion and delays. Could China road transport be right up your street? We give you the important details and possibilities.

The redevelopment of the New Silk Road doesn’t just involve investment in infrastructure. Possible trade barriers such as legislation and regulations will also be removed. As a result, the Chinese government has been allowing road transport since 2019, as part of the so-called “Transport International Routiers” (TIR). Trucks carrying cargo as part of the TIR convention will only be inspected by customs in the country of origin and the destination country. This means the many time-consuming border formalities in countries along the route are a thing of the past. The TIR has created a veritable impulse in road transport between China and Europe.

Trade from China has been hampered by severe congestion and lack of space for quite some time now. Delays spanning weeks are no longer an exception, unfortunately. This is true for both sea freight and rail transport. Those who opt for airfreight from China do receive their goods quickly. However, the cost of this rules it out as an option for large consignments. Road transport from China may offer an interesting alternative.

China road transport has a number of important advantages:

You should take into account a transit time of about 20-25 days. This means a shipment is underway more or less the same length of time as a rail shipment. The risk of delays in road transport is virtually non-existent. However, the tariffs are much higher. Right now, a full container per truck will cost you about one-and-a-half times as much as a rail consignment.

Perfect for ADR and superior goods

Road transport is often the easiest option for those looking to China to import dangerous goods (ADR). For instance, it is usually not permitted to transport batteries (both for cars and consumer goods) on board freight trains or container ships. Transportation by truck is no problem. Almost all types of goods are allowed to be transported by road.

In addition, we have seen that many superior goods are imported from China by road. This involves full containers, and usually happens when the sea freight transit times are too long and airfreight is too expensive. The logical choice here is often rail transport or road transport. Road transport does represent to most expensive option of the two, but the changes of delays are the lowest.

Would you like to use FTL road transport to import your goods from China? We would be pleased to help you! Send us a message via our contact form or call us direct.