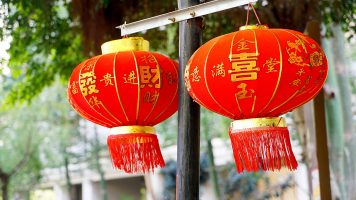 In 2023 the Chinese New Year falls early: 21 January to 27 January. Throughout this period, the Chinese business community is less active. To prevent issues with your shipment, we advise taking this holiday period into account in your planning. What are the expectations and where do you have to think about this year?

China is at a standstill

During the Chinese New Year, the whole country traditionally observes mandatory days off. In addition, many Chinese people take additional days off, both before and after the festivities. As a result, staffing levels at many companies are low during this period. During the festivities, no transports are carried out and factories are closed.

After the Chinese New Year, cargo supply is always low. This is because factories have been idle for a while. For this reason, shipping companies generally cancel several departures. These are the so-called blank sailings. The blank sailings should help reduce delays and also increase the reliability of sailing schedules.

Congestion and cargo supply; they are inextricably linked. Demand for containers has been declining for several months. We see this reflected in the rates. In addition, however, we may now cautiously conclude that congestion problems in northern Europe are decreasing. This gives hope for improved port accessibility in the Netherlands, Belgium, Germany and the UK.

Currently, congestion is still greatest on the eastern side of China. That includes the ports of Shanghai and Ningbo. The zero-tolerance policy and resulting lockdowns unfortunately remain commonplace for the Chinese. In addition, they will soon also have to cope with the consequences of the closures around the Chinese New Year.

Would you prefer to take the helm yourself as a shipper?

Would you like to import from China around this time? Then please bear in mind that this may take longer than usual. Many importers try to get their cargo out last minute. Experience proves that there are often many delays during this time. In addition, cargo runs the risk of not leaving on the desired departure date, due to blank sailings.

We advise you to register your shipments on time and well coordinate your planning with your supplier. Choose a departure before, or after the Chinese New Year. Nevertheless, no one can avoid possible delays. Are you struggling to find the right solution or do you have any questions? Feel free to contact us!

Interested in other holidays in production countries? Then keep an eye on our January newsletter! True to tradition, Ritra Cargo will release the desk calendar of public holidays in Asia again at that time.