You are here: Home > News > Ever Given forwarders stuck with huge claims

Ever Given forwarders stuck with huge claims 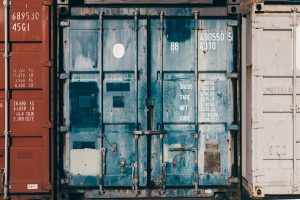 For almost an entire week, the vessel Ever Given blocked the Suez Canal. On Monday 29 March, it was finally freed from its predicament. Maritime traffic slowly started up again. Unfortunately, an incident of this magnitude will have some insurance-related stings in the tail for forwarders.

General average declared for Ever Given

After being stuck for almost a week, trained salvage specialists succeeded in moving the vessel Ever Given along again. The container ship very awkwardly blocked all the other maritime traffic. With the help of towboats, a lot of manpower, the tide, and a substantial gust of wind, it managed to break free.

An inspection of the ship took place in the nearby Great Bitter Lake. The vessel Ever Given is still anchored there. The salvage costs are colossal. Faced with impending claims, the owner of Ever Given has declared general average.

In the event of general average, all forwarders have to share in the salvage costs. The claim settlement will be in the hands of a single party, who will communicate on behalf of the ship’s owners. General average cases usually span many years, and Ever Given will Probably await the same fate, given the very large number of cargo stakeholders.

The owners are asked to provide sufficient bank security before their containers are released. This is to ensure that payment of all costs incurred, as well as future claims for damages, are covered. In addition, the damage adjuster of each cargo stakeholder will receive a contribution guarantee for the general average. This is called an Average Guarantee.

General average can be a major problem, especially for smaller businesses. For example, they may have valuable goods on board that the supplier has already received payment for. Now the goods can no longer be delivered, and payment will not be forthcoming as yet, a cash flow problem arises. In addition, they are also expected to share in the costs of the damage. The result could be that general average is the financial downfall for these businesses.

If you – as a forwarder – take out transport insurance, the relevant insurer is the guarantor. If you have not arranged insurance, you will not be reimbursed for any damages arising.

If you are not insured and a general average is declared, a cash deposit must be provided if requested. This is a bank guarantee for the costs incurred. If the guarantee is not provided, the cargo will not be released. As such, there might or might not be any damage to the cargo, but you will still have to bear these costs.

Ritra Cargo advises you to take out transport insurance at al times. This can be done in several ways. You could opt for insuring each consignment separately. If you transport goods regularly, continuous insurance i probably more suitable. If you do not want to take out insurance, we recommend that you set aside the saved premiums in a savings pot. You could use this later in the event of a damage situation.

As a forwarder affiliated with FENEX, we can provide you with information and advice. Please do not hesitate to contact us to find out more.