You are here: Home > News > Huge price hikes for road transport in 2023 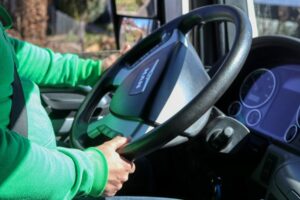 The new collective negotiations have started and the demands are significant. The FNV union will push hard for better working conditions. Their focus is on increasing pay and relaxation of working hours. What’s more, external factors such as the war between Russia and Ukraine and global price inflation are playing a major role. The price hike for 2023 is likely to be the biggest in years.

As is tradition, collective negotiations kicked off immediately after Prince’s Day, September 20th. We have since heard from various sources that the demands on the table are quite something this year. The union has entered the negotiations with a minimum pay demand of no less than 12%. They are linking this demand to current price inflation, which is likely to be set at 12 percent for October.

The union believes it is not acceptable for anyone to be worse off. In addition, they call on employers to go the extra mile for their employees. All this means the collective labour agreement is not a done deal yet, and this is also the reason the annual cost development report by Panteia, TLN and evofenedex has not been published yet. It is expected that publication will follow on Thursday 10 November.

The cost of raw materials – and with it, the purchase value of trucks – has risen significantly since last year. The unexpected war between Russia and Ukraine has also had a major impact on tariffs. What’s more, the new laws and regulations, such as the so-called ‘obligatory return of vehicles and drivers’, are reducing traffic flow and therefore reducing revenue for road hauliers.

All this makes it difficult for transporters to make the most efficient use of the available capacity, and it has also led to a substantial deviation of the actual percentages from the 2021 forecasts. For instance, the estimate for inland container road transport was more than 10% higher. In October 2021, this had been estimated at 4.3%, while the latest range shows it is now at 15.8%.*

Of course, there are more factors at play than just the unexpectedly high price inflation and the pay increase demands. The uncertain development of fuel prices and the consequences of the war between Russia and Ukraine are not exactly simplifying matters. What’s more, employees must (continue to) take higher personnel costs into account in the coming years.

Right now, there are around 10,000 unfilled vacancies for truck drivers. This shortage, largely caused by an ageing population, remains a major problem. The very high sickness absenteeism of 7% in the transport sector is also an issue. There is and continues to be a severe lack of suitable and fully employable staff.

It is safe to say that – ahead of the talks – shippers will have to anticipate the biggest price hike in years. A tariff increase of at least 10 to 15 percent is expected.

The publication of the report on cost developments has been moved to Thursday 10 November. We will inform you about this as soon as the final information has been released.