You are here: Home > News > Import faster from Tirupur, India 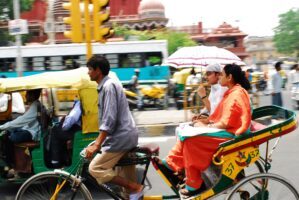 If you import clothing or other textiles from India, there’s a big chance that your goods are manufactured in Tirupur for shipping these goods to Rotterdam. But times have changed. In recent years a lot has been happening in India. Lately we’ve been advising many of our customers to ship via Cochin. We are happy to tell you why.

The road system in India has been greatly improved in recent years. Whereas the port of Cochin used to be about a 12-hour drive from Tirupur, the travel time has now gone down to 6 or 7 hours. That’s about as long as the trip from Tirupur to Tuticorin. This means that domestic transport no longer plays a role in choosing one loading port over the other.

In addition, transport between the individual states in India has also become much easier. Many restricting laws and regulations have disappeared. For example, in 2017 the government launched a Goods and Services Tax, which means that you no longer have to pay duty when crossing the border on the way to Cochin. This also means that the tailbacks and accompanying delays at the state border are a thing of the past.

Besides a faster transit time, sailing from Cochin offers another advantage: there is much less chance of encountering delays. That’s because all goods shipped to Rotterdam via Tuticorin first go by feeder to the port of Colombo. There the containers are transferred to the mother ship. In the last few months there have often been delays at this stage. The heavy congestion caused by Covid-19 restrictions means that transshipment of containers is sometimes held up. Whatever’s left behind can then only be transported a week later with the next sailing.

Does that mean the port of Cochin is always a better choice? It depends on whether you are transporting cargo FCL or LCL. By and large, most shippers are still choosing the port of Tuticorin rather than Cochin for consolidating their shipments. The result is that there are simply more possibilities to do so. Therefore, for LCL shipments from Tirupur you’re best off choosing Tuticorin as loading port. But for FCL shipments, Cochin is usually the fastest and most reliable choice.

Do you have any questions about importing from India? Team Ritra Cargo would be happy to help! Call or email us, or send us a message via the contact form.