You are here: Home > News > Martijn for a good cause – Roparun

Martijn for a good cause – Roparun

Supporting good causes is important to the team at Ritra Cargo. Therefore, we do this regularly in a variety of ways. So will our colleague Martijn, by joining the Roparun in early June. This is a relay race, with the aim of raising as much money as possible for people suffering from cancer. Ritra Cargo also sponsors the event. More about Martijn’s participation at the Roparun below. 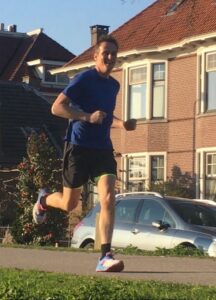 Four men strong, team RTZN will run day and night. The distances are long, the rest times short, with 60 kilometers of rest following 60 kilometers of running. The run takes place alternately, with each runner taking a kilometer at a time. Overall a decent sports performance!

“Cancer is something that affects us all. Everybody knows someone who has had to deal with this terrible illness.” says Martijn. For him, this was the reason behind signing himself up for the Roparun.

Martijn has frequently gathered sponsorship before, often for the Stofwisselkracht Foundation. Although he is still very fond of this foundation, he wanted to help another charity out this time. Roparun was picked, one of the largest yearly sporting events organised for a good cause.

Every Roparon team strives to collect as much sponsorship money as possible. Therefore, Team RTZN have put a few activities in motion in the run up to the Roparun. As part of this, a collection was organised at Jumbo last week, chocolate letters were sold and a ´surprise dinner´ will be organised.

But the staff at Ritra Cargo will also get involved with Roparun. Shortly, they will be able to buy a packet of stroopwaffles from Martijn for a few Euros. In addition, the company itself will be making a financial contribution.

Would you like to support Martijn and his team? Then you can make a donation on Roparun’s website https://www.roparun.nl/steun-ons/doneren/?team=491076. For more information on the event, visit www.roparun.nl.