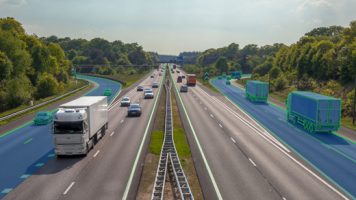 Prices for road transport are on the rise while the total loading capacity continues to shrink. This is a trend that is becoming increasingly noticeable, and it can be traced back to a number of causes, such as the truck driver shortage and the price of diesel. But the new Dutch collective labour agreements are also prompting raises in driver pay. What developments can we expect for road transport, loading capacity and rates in the future?

Truck driver wages have been on the increase since 1 July 2017, thanks to the new collective labour agreement for professional haulage. Our website already reported on this matter in August 2017. The last of the pay increase increments will take effect per 1 January 2019, bringing the total to a full 10% raise for truck drivers over a period of eighteen months. It goes without saying that road transport rates must reflect these added costs.

Diesel prices have been on an explosive rise: in a single year, the diesel litre price has increased by 9.3%. Logistics firms were compelled to introduce the so-called Emergency Bunker Surcharge (EBS). For road transport, the rising oil price is reflected in the customary diesel surcharge. We send out email updates on this topic every month.

Finally, we have seen a significant increase in the general road transport demand; over 2018, we are expecting a market growth of approximately 3.5%, mainly caused by the economic upswing. The loading capacity, however, has not kept pace with this development, which is caused by a lack of truck drivers, something that news outlets have repeatedly reported on over the last few months. The inflow of new drivers is falling short, while the outflow of retiring drivers is only growing. Combined with the increase in demand, this scarcity of drivers is causing increasing logistics rates.

At the moment, out operational department is thankfully not suffering from any serious capacity issues. However, the industry has been sending out warnings about the growing scarcity of drivers for quite a while, and it remains difficult to predict when the situation may begin to affect the daily logistics services we provide to you.

One thing that is an unfortunate certainty, is that the road transport rates will continue to rise. We will do our very best to limit these increases as much as possible by negotiating the best possible prices with our logistics partners. All rate adjustments will be communicated to you in a timely manner.