You are here: Home > News > Ritra Cargo plays football in aid of Stofwisselkracht 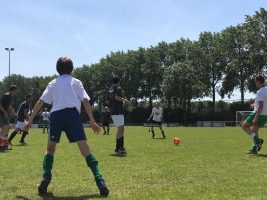 Ten sporty company teams gathered on the sun-drenched field at FC Alblasserdam on 1 June to play football for charity. Team Ritra Cargo also took part. This year, the corporate mini-tournament was organised to raise money for the Stofwisselkracht Foundation. A short impression of a successful day.

Ten players and a great band of supporters turned up at 13:00 at FC Alblasserdam. Even though the thermometer rose to almost 30 degrees, there was no lack of enthusiasm. Full steam ahead for team Ritra Cargo! As well as colleagues, many children and partners of employees also took part in Ritra Cargo’s star line-up.

The team played four games against different opponents over the course of the afternoon. The 5-a-side games were played on half-pitches. There were lots of sub changes so that everyone had plenty of playing time, and with the heat, it worked out well. We didn’t manage to bring home first prize, but we certainly had a great afternoon. 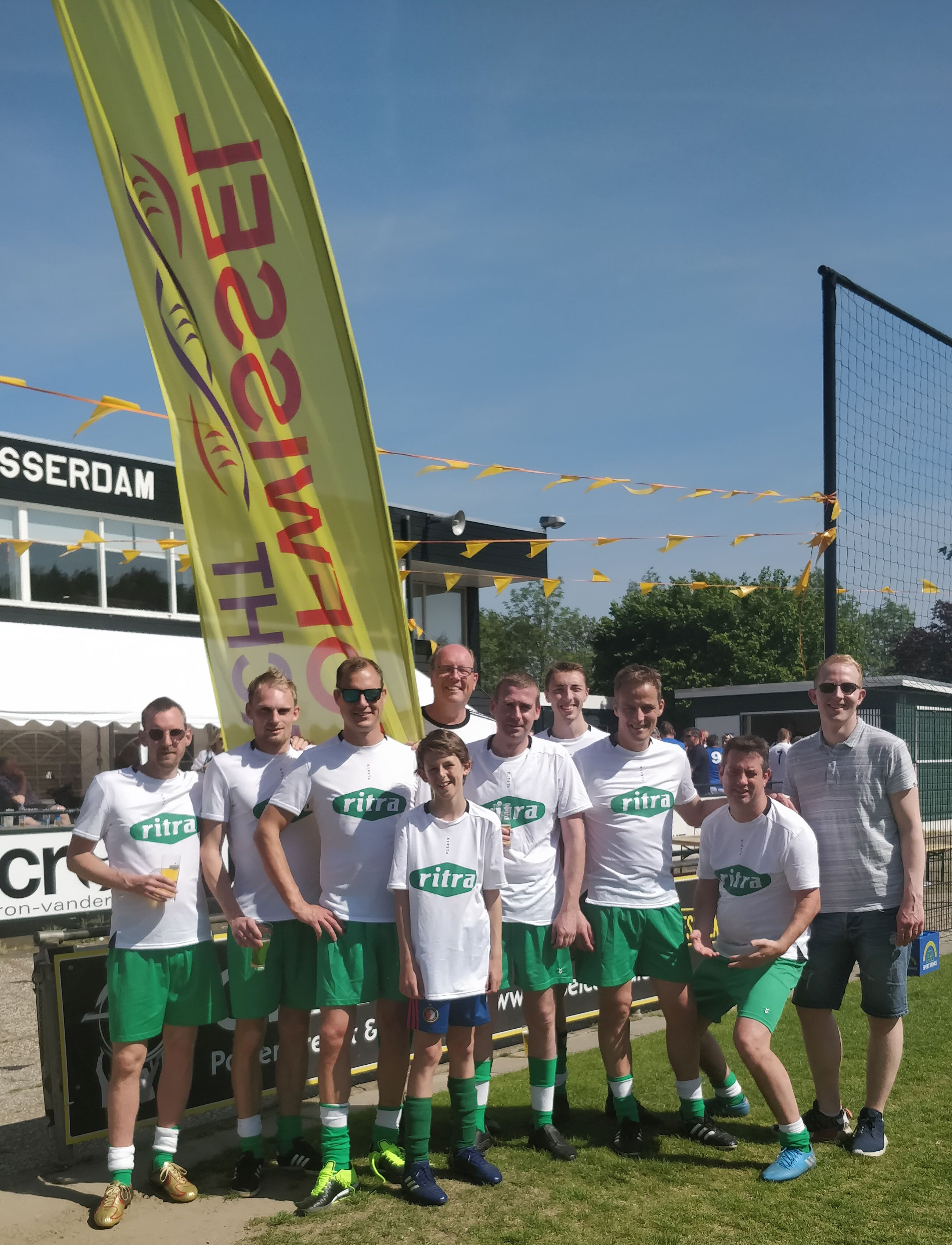 After the football, every team stayed on for a fun barbecue, where the total amount raised for the Stofwisselkracht Foundation was revealed. The participating companies and sponsors had jointly raised €10,000! A fantastic amount, that will be spent entirely on metabolic disease research.

Every year, around 800 children are diagnosed with a metabolic illness. More than 50% of these children will not see their 18th birthday. A metabolic disease can also occur suddenly in adults.