You are here: Home > News > The situation regarding sea freight from the Far East

The situation regarding sea freight from the Far East 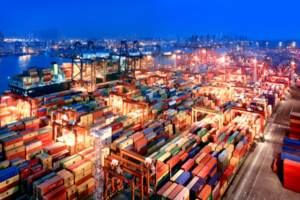 Normally, both March and April fall in the so-called ‘low season’. Months in which the hustle and bustle of the Chinese New Year is behind us and people take time to prepare for the coming summer peak. However, since the emergence of the coronavirus, nothing seems the same anymore. Capacity problems, strikes, congestion and sky-high fares have unfortunately been the order of the day for a long time. What are the latest developments?

The state of affairs

Since the end of 2020, ocean freight rates have been sky-high and the aftermath of the corona pandemic seems to just drag on. Last month, we could report with conservative confidence that the container shortages were somewhat reduced. However, a blockade in the Suez Canal threw a spanner in the works. The consequences include overcrowded European terminals and delays to cargo that was yet to leave.

This will obviously not help the current capacity problems. The delays in the Suez Canal will put extra pressure on European terminals in a few weeks’ time. At the time of its release, there were more than 350 ships behind MV Ever Given queuing to cross the canal. This will once again cause a lot of cargo to slow down. In addition, the ships that have yet to depart will also be affected.

Congestion and container shortages in the Far East

Needless to say, the problems in the Suez Canal have a major impact on the worldwide problem of congestion. The current cargo spikes are still caused by lockdown effects. Consumers have money left over due to the lack of holidays, which created a huge demand for products from the Far East. The high demand for containers therefore continues.

In addition, congestion problems have now affected one of the largest transit ports in the Far East: Singapore. They are currently faced with average waiting times of five to seven days. This is in addition to the normal turnaround time of two days.

So how does this relate to handling in Rotterdam?

All the ships that are now delayed because of the situation in the Suez Canal will also arrive later in European ports. This means that the pressure on the terminals will be very high in a few weeks’ time. Ships then have to wait or divert to other terminals.

In addition, so-called double calls may be made in order to speed up the work of unloading and loading. Double calling means dumping cargo at a terminal, then going to another port and coming back to pick up cargo again.

Finally, new strikes by terminal staff have been announced. At the moment, we do not yet know when or if these will take place. Should these indeed take place, this will of course have major consequences for handling in Rotterdam.

Do you have any questions? Please feel free to contact us.